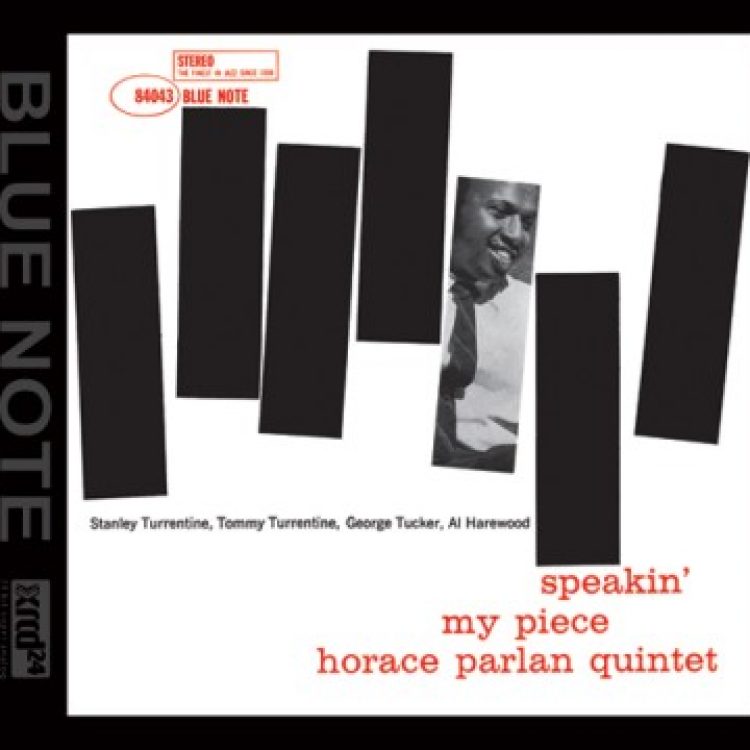 Like Django Reinhardt, Horace Parlan did the impossible and turned a disability into an advantage. Stricken with polio as a youth that left him with a partially paralyzed right hand, Parlan became a major jazz pianist who developed a highly original rhythmic style. By the time he recorded the classic Speakin\’ My Piece in 1960, he had convinced Charles Mingus (who hired him in 1957) that he was one of the most soulful pianists on the scene. At 29, Parlan in 1960 was a member of Lou Donaldson\’s group and recording regularly as a leader for Blue Note. Speakin\’ My Piece was Parlan\’s first album with horns, teaming his trio with the Turrentine Brothers. Tenor-saxophonist Stanley Turrentine already had his very recognizable soulful style together while trumpeter Tommy Turrentine adds bebop fire to the performances. The music that the group plays, catchy originals including Parlan\’s most famous composition, \”Wadin,\’\” is swinging and sophisticated but also bluesy, greasy and overflowing with soul. While Horace Silver may have been thought of as the king of funky jazz, another Horace, one named Parlan, was making quite a bit of noise of his own. Speakin\’ My Piece, which has superb sound, is essential.