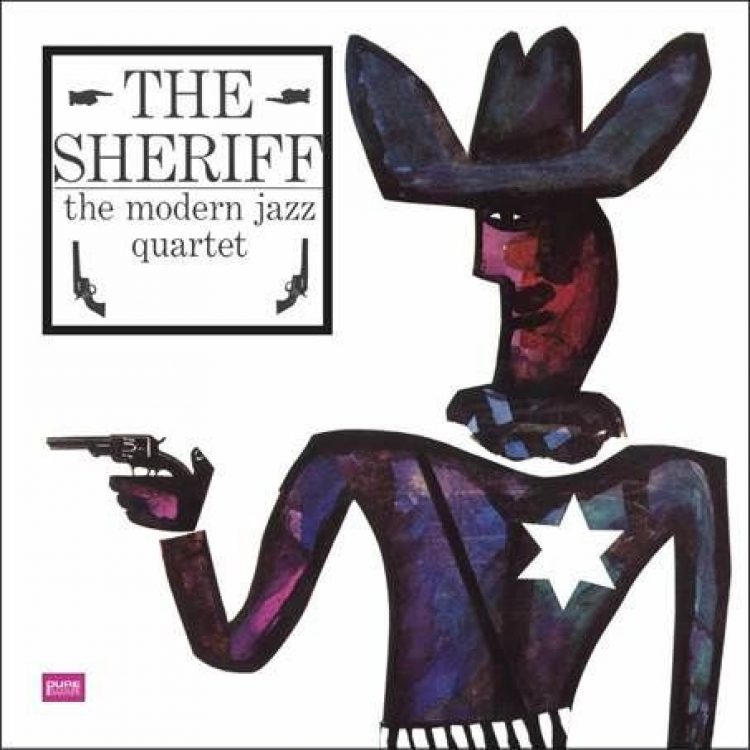 Recorded in 1963, The Sheriff features the Modern Jazz Quartet in fine swinging form. The program is not as sharply focused as on some of the earlier Atlantic releases, but it is compelling nonetheless. There are four originals by pianist John Lewis, including the fleeting, bluesy title cut, and the moody, spacious “In a Crowd” — originally composed for the 1961 film A Milanese Story. Its stepped-up time signature and series of phrases played by Milt Jackson grounds the tune in blues, but Lewis’ solo feels more like a solo trumpet breezing through the center. The set includes Heitor Villa-Lobos’ “Bachianas Brasileiras,” a classical piece the quartet first performed with guitarist Laurindo Almeida. Bassist Percy Heath is stellar here, playing both arco and pizzicato and alternately moving the work forward with deftness and precision. Lewis and Jackson engage in gorgeous counterpoint throughout. It’s knotty, but exotic and beautiful. Another Latin-based work here is Luiz Bonfa’s brilliant “Carnival,” which closes the set. Jackson’s melodic interplay with Connie Kay’s brushwork is subtle and rich, moving through a series of verses before Jackson takes it to the blues in his solo. Lewis keeps the pulse as Heath underscores the backbeat. Thom Jurek/AMG