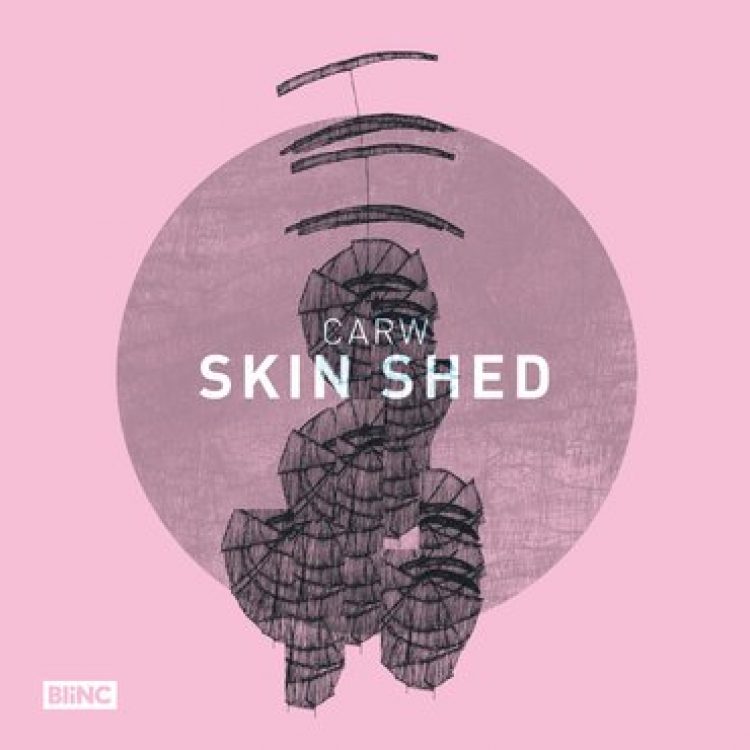 A reclusive light shining from the vibrant fringes of music, art and performance in Wales’ pulsing capital, Cardiff-based singer-songwriter, Carw follows up the release of radio-charming singles, Lanterns and Lovers (all supported by BBC 6 Music, Amazing Radio, BBC Radio Wales and BBC Radio Cymru) with the release of his ten-track debut album, Skin Shed, released on BLINC Records on Fri 12 October 2018.

Sparse with eccentric discipline, swelled with understated melody and rich with an innate sense of lo-fi, DIY integrity, Carw (Welsh for ‘deer’ and pseudonym of Owain Griffiths, solo artist and live member of Eugene Capper & Rhodri Brooks and Winter Villains) wrote and recorded the majority of Skin Shed in his home studio, before collaborating with producer, Llion Robertson (producer of Gruff Rhys’ Babelsberg and member of Welsh Music Prize nominees, Cotton Wolf) in bottomless tea-powered polishing sessions. The result is a record that glides through the low gears, washing over listeners with rare tranquility before striking with the rush of heightened, 80s-inspired synth pop.

Wide open about his influences, Skin Shed bears the hallmarks of Carw’s record collection, picking up Vince Clarke programmed sound, the symphonic guitars of Cocteau Twins and Durruti Column and the sun-setting beats of Balearic house. ‘Opening’ track (pushing past the sci-fi, 1m 30s ‘Intro’) Lovers is symptomatic of the artist’s face-value approach to his finely-tuned craft, being a straight-faced love song painted over metronomic beats and a looped, jangling guitar riff. Jerome, where Carw’s voice receives rare, lone-female backing, recalls the story of Nova Scotia’s Jerome of Sandy Cove, an early 20th century castaway whose origins and life story remained a mystery until his death.
Y Galon Hon (transalation: This Heart) finds Montgomeryshire-raised Carw performing in his native Welsh to damn societal heirarchies and mourn the powerlessness of being able to find a way out, before Trac 3 (translation: Track 3) restores his and Robertson’s playfulness, putting the ‘yacht pop’ instrumental, confusingly, at track five. A mystery to the writer himself, it’s meaning lost in time, the album’s debut single, Lanterns, shines as a shard of clean-cut pop, followed by Au Revior, which Carw says is a song about “a dream I had about three French sailors in a rowing boat on the sea who were singing a lullaby to their dying pet Doberman.”

There’s always a summit at the top of every glistening mountain slope and Feathers provides a breathtaking view from Skin Shed’s peak, bringing Carw’s pop sensibilities bubbling to the surface without hint of shame. Inspired by the R S Thomas poem, Comparisons, it’s an exercise in potent brevity that links the two masterpieces. As the album closes, Carw leaves the meaning or significance of the Gregorian chant of Meirw (translation: The Dead) and the lost meaning of Perfume Haze in the ears of the listener before waving into the distance with the deft, butter-soft love song, Asennau (translation: Ribs).