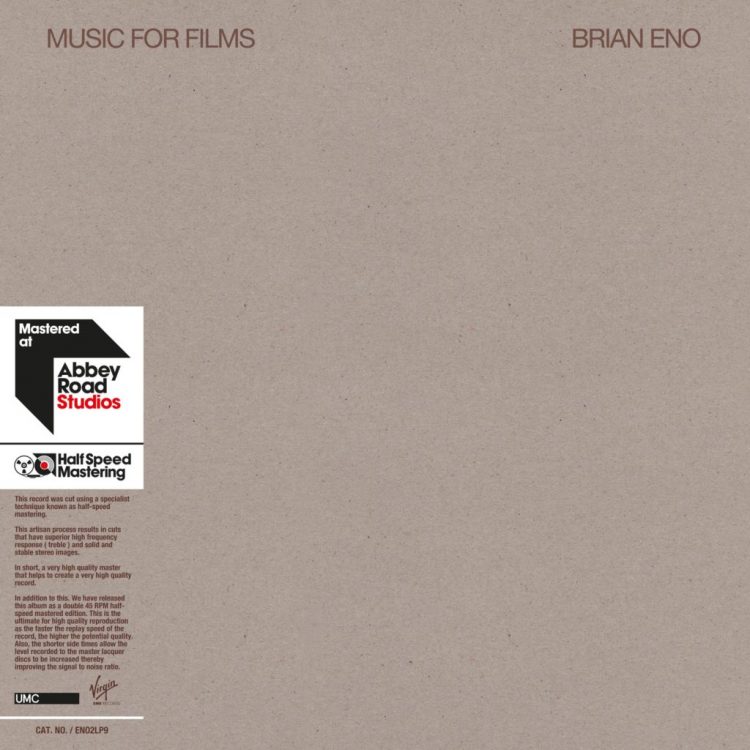 UMC are excited to share the next phase in the critically & commercially acclaimed series of Half-Speed Brian Eno Catalogue vinyl reissues.

Brian’s pioneering Ambient album from 1978 has been Half Speed Mastered by Miles Showell at Abbey Road Studios, London and is now presented