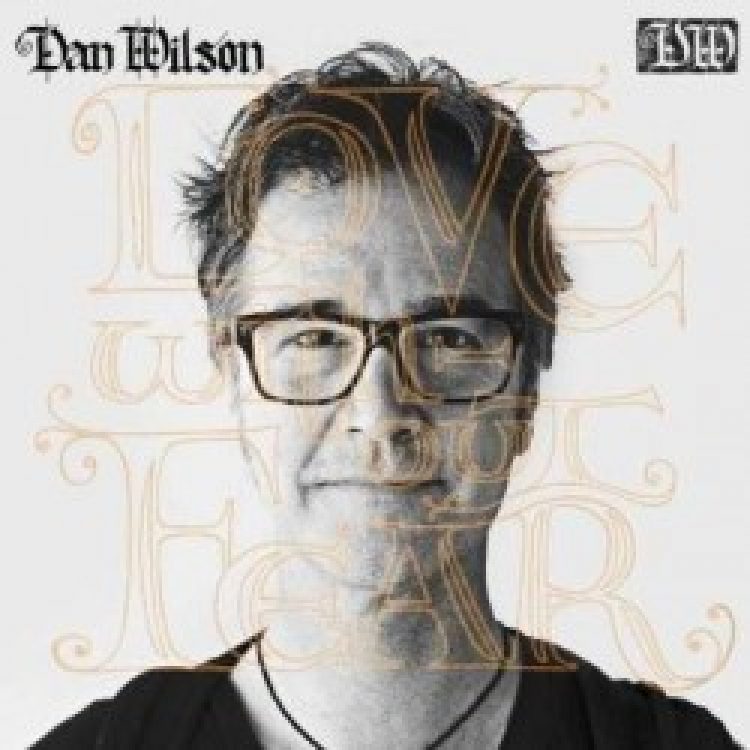 From his early days as singer and guitarist for Minneapolis cult favorites Trip Shakespeare to his Grammy-winning turn as songsmith for acts like the Dixie Chicks and Adele, Dan Wilson’s career has been a humble and inspiring Midwestern success story. Pouring his passions and talent into various collaborations, production efforts, and graphic art, Wilson has dedicated a relatively scant amount of time (though plenty of effort) to his career as a solo artist. 2007’s sharp collection Free Life was only his first studio LP and it took him another seven years to follow it up with the warm, meditative Love Without Fear. Although Wilson began his career in the mid-’80s, he’s chosen his projects carefully, and since the dissolution of Semisonic (his second and most successful band) in 2001, he’s made it his business to stand for quality over quantity. The 11 songs on Love Without Fear pull from the various styles in which Wilson has worked, blending bits of country and Americana with straight-ahead rock and pop, all fused to a sturdy spine of classic singer/songwriter music. Even more so than on Free Life, the songs are delivered on warmly recorded acoustic guitar or piano and tastefully backed by a band of industry pros and guests like Blake Mills, Nickel Creek’s Sean Watkins, and Dixie Chick Natalie Maines. There’s certainly a weariness to tracks like the country waltz “Too Much” and the darkly epic “However Long,” but Wilson never wallows in it. His songs have always carried a thread of hope and contain a silver lining more often than not. It’s what gives legs to a great track like “A Song Can Be About Anything,” which is actually about a breakup, or to the lovely, melancholic album closer and Missy Higgins duet “Even the Stars Are Sleeping.” Love Without Fear is a strong, mature work and it’s great to hear Wilson step out from behind his collaborators to present his own work again. His songwriting may have brought him the most success, but it’s Wilson’s superb tenor voice that gives those songs a life of their own. Let’s hope it’s not another seven years before we hear it again. ~ Timothy Monger