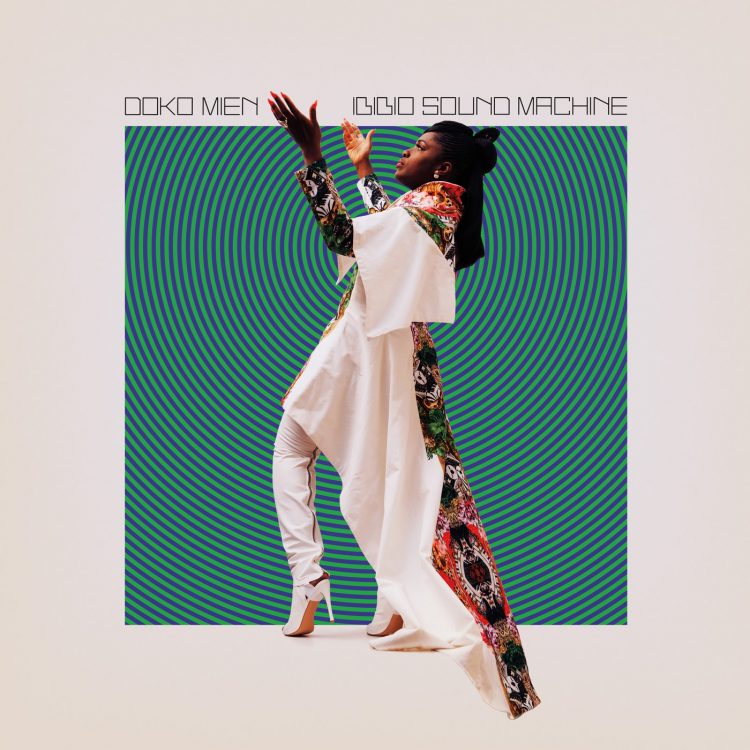 Eno Williams, frontwoman of Ibibio Sound Machine, uses both English and the Nigerian language from which her band’s name is derived for the dazzling new album Doko Mien. Long lauded for jubilant, explosive live shows, Ibibio Sound Machine fully capture that energy on Doko Mien, the followup to their Merge debut Uyai.

In a glowing piece in the New York Times, those songs were praised for following “in the tradition of much African music, [making] themselves the conscience of a community.” By pulsing the mystic shapes of Williams’ lines through further inventive, glittering collages of genre, Ibibio Sound Machine crack apart the horizon separating cultures, between nature and technology, between joy and pain, between tradition and future. That propensity for duality and paradox seems common in people whose lives span continents.

Williams was born in the UK, but grew up in Nigeria, always steeped in her family heritage. She obsessed over West African electronic music, highlife, and the like, but was equally empowered by Western genres such as post-punk, disco, and funk. The London octet have enveloped themselves in that maximalist quilt proudly since their 2013 formation. Though it can often bring with it news of stress and uncertainty, the modern world further brings all these disparate traditions into connection.

“Everyone has everything now,” says multi-instrumentalist Max Grunhard. “Everyone has immediate access to every genre, picking things up from everywhere—like magpies.” And while they haven’t suddenly left their African roots behind, Doko Mien does find increased representation of English lyrics in the ratio. By sharing more directly with more universal lyrics, the record feels more anthemic, reaching for grander heights.

“We wanted to give people a reason to sing along, to find their soundtrack every day,” Williams says. “We wanted everyone to feel as if they’re part of the music as well.”

Late album highlight “Guess We Found a Way” addresses the change with a coy smile. “Guess we found a way to speak to you/ Guess we found a way to say what’s true/ To say what’s real,” Williams coos over glistening chains of reverberant synth and diamond dust percussion, before returning to Ibibio in the chorus. Perhaps the best example of the group’s ability to convey meaning across language and tradition, to blend past and future into a singular present comes on “She Work Very Hard”. The traditional Ibibio folk tale bobs over the waves of tuned percussion, chunky synth, and pinprick highlife-esque guitar, while Jose Joyette’s drums and Derrick McIntyre’s bass funk groove bring everyone to the dance floor. “These stories won’t be forgotten. Feel the music: it speaks to everybody,” Williams says. “We can travel back in time together, while convening on a futuristic, present tense. We hope that we can give people that reason to wake up, that one song to sing and dance and be happy.”

Doko Mien: Tell me everything. On their new album, Ibibio Sound Machine provide the perfect companion, ready to digest as much as possible and then further unfurl beauty and hope. They remember and honor the past and charge forward toward the future, all while intensely expanding the present.